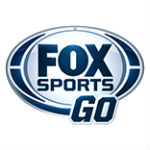 The use of sports apps is skyrocketing, posing a major challenge for cable companies, says Flurry Analytics, an analytics firm focused on apps. Sports apps saw an increase of 210% in usage between 2013 and 2014, Flurry said. That’s much stronger growth than Flurry saw for the broader app category, which increased 65% during the same period.

In a company blog post, Flurry Analytics asserts fast-growing viewing of sports content may well be “strike three” for cable service providers. who already have made missteps involving movies-on-demand delivered over the top (OTT) and OTT broadcast TV. Recent developments Flurry’s Simon Khalaf writes “have made one thing clear: we are witnessing a massive change in the way viewers consume TV content.”

Use of Sports Apps
Analyzing time spent and usage across some 580,000 apps that make use of Flurry Analytics, Flurry found that time spent on American football apps rose 250 percent, “When it comes to sports,” Khalaf commented, “mobile users use apps to follow the professional play-by-play, especially for football.”

Flurry also found Sports App Fans are 2.3-times more likely than the average app user to be business travelers. They turn to mobile apps when they’re on the road and unable to access their football games on TV outside their market.

As Khalaf continues, “The tripling of time spent in sports apps is tough to ignore for teams, content providers and advertisers. While live sports are still cable’s stronghold . . .  this could be strike three. Keep your eye on the ball.”