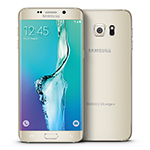 Larger screen phablets have proved popular among consumers despite initial skepticism among industry pundits. To wit: phablets accounted for nearly 3 in 10 mobile device activations (27 percent) in the week prior to Christmas, according to the latest holiday season market data from mobile analytics provider Flurry, which tracks more than 780,000 mobile apps.

Indicative of phablets’ growing popularity, their share of device activations doubled in just a year for the weekly period. In the week leading up to Christmas 2013 phablets accounted for just 4 percent of new device activations, Flurry highlights in a blog post.

In contrast to previous years, this holiday season’s market data suggests consumers opted for phablets instead of smaller screen smartphones rather than instead of tablets. Mobile phones with screen sizes of less than 3.5¨ have all but disappeared from retailers’ shelves, Flurry points out.

Phablet Market Share
The popularity of phablets as opposed to other mobile device form factors is most pronounced when it comes to Android devices: phablets – notably the Samsung Galaxy Note and imitators – accounted for 50 percent of Android device activations during the pre-Christmas week. In second at 35 percent were Android smartphones with medium-sized screens.

Apple’s phablet — the iPhone 6s Plus — also contributed to phablets’ growing popularity. Phablets accounted for 12 percent of iOS device activations for the pre-Christmas week, which appeared to have come at the expense of medium-sized iOS smartphones and small tablets, Flurry says. Meanwhile, full-sized tablets represented less than 1 percent of iOS device activations.

Among device manufacturers, Apple iOS accounted for nearly half (49.1 percent) of total activations for the period. That’s actually down from 51.3 percent in the corresponding week a year ago.

Samsung ranked second in device activations at 19.8 percent, up 2.1 percent year over year, with the new Galaxy Grand Prime, Core Prime and S6 fueling the increase.

Ranking third was Microsoft’s Nokia (2.0 percent), though its share of device activations was down 5.8 percent year over year. LG’s 1.7 percent share was good enough for a fourth place ranking.

Sony dropped out of the top five mobile device OEMs altogether. In its place, Xiaomi climbed the ladder to fifth position with a 1.5 percent share of the period’s device activations.