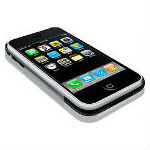 The time the average American consumer spent on mobile devices grew 9.3 percent over the past nine months – from 2 hours 42 minutes to 2 hours 57 minutes daily. That compares to an average 2 hours 48 minutes a day spent watching TV, according to market data referenced in a November 18 blog post from Flurry, a provider of mobile data analytics.

“It’s a tall order to believe that the smart device (and app) industry, which didn’t exist six-and-a-half years ago, can take out an industry entrenched in every American household since the middle of the last century. But it has happened,” Flurry’s Simon Khalaf highlights.

Always-on mobile connectivity and the explosion in mobile apps “helped mobile snatch the big prize from television. As of September 2014, it is a new world in the American living room,” he added.

Mobile Screen Time
The top 25 mobile apps didn’t drive growth in time spent on mobile devices over the past nine months, Flurry found. Rather, it was what the mobile app and ad specialist refers to as “torso and tail” apps below the top 25. Making their way into the top app stores, mobile apps in this group grew 21 percent in the past nine months as compared to 1 percent growth among the top 25. Time spent on the mobile Web remained flat as well.

Smaller independent mobile app developers have so far withstood attempts by large market players to consolidate the “ecosystem,” Khalaf notes. “In fact,” he writes, “they are thriving, if time spent is a good measure.”

Surveying developers from over 180 countries, Flurry found they have added more than 110,000 apps on the Flurry network over the past nine months, bringing their total to 590,000.

“Most app developers didn’t know back in 2008 that they would be building the next generation of TV channels. Many consumers installing apps also didn’t know that they were tuning in to new TV channels. All I know is when I am in our living room, I have got a smartphone on my right, a tablet on my left and a TV remote control somewhere under a couch cushion.”