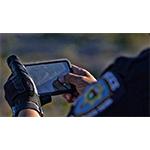 A Congressional hearing today brought some clarity to open issues regarding the FirstNet public safety network, including FirstNet rural service provider opportunities, as well as interoperability and opt out issues.

Interoperability issues pertain to two different aspects of the network, including the radio access network consisting of cellsites, backhaul and other mobile network equipment, as well as the core network that supports the mobile network and interconnects statewide networks. Additionally, the hearing raised some new questions about the network, which recently has been the subject of controversy.

The hearing, conducted by the House communications and technology subcommittee, came just under two months before individual states must decide whether or not to have AT&T build the radio access network in their state. To date 27 states and territories have opted in and none have opted out.

FirstNet Rural Service Provider Opportunities
As the operator of the FirstNet mobile network in at least 27 states, and potentially throughout the U.S., AT&T is required to use rural network operators to build at least 15% of the network, noted Chris Sambar, FirstNet senior vice president for AT&T, at today’s hearing. The company anticipates the actual number will be closer to 20%, he said.

According to Sambar, AT&T provided lists of potential partners with its FirstNet proposal. In determining what qualifies as a rural area, he said AT&T uses the same definition used by the Rural Electrification Administration.

Opt-Out Issues
Representatives of two states with substantially different attitudes toward AT&T/FirstNet plans testified at the hearing. The representatives were Brian J. Moran, secretary of public safety and homeland security for the Commonwealth of Virginia, the first state to opt in to AT&T/FirstNet plans, and John T. Stevens, statewide interoperability coordinator for the New Hampshire department of public safety. New Hampshire is considering opting out of FirstNet and already has chosen Rivada Networks to build that network should the state decide to opt out.

Moran said Virginia explored the implications of opt in and opt out decisions and chose to opt in because operational costs were unknown and “we believe experts should lead the efforts” on the public safety network.

Stevens said New Hampshire’s decision to explore an opt out decision stemmed from maps issued by FirstNet that showed the northern part of the state would not be covered by the network. He also critiqued the short timelines involved in an opt out decision. If a state were to opt out, it would have 180 days to select an alternative provider and to develop an alternative plan for the network. New Hampshire noted early on that this was insufficient time and therefore began the process of selecting an alternative provider almost two years before AT&T was selected as the primary provider.

Stevens called the opt out process “onerous and difficult” and said the “scales seem to be tipped” against an opt out decision. In addition to pointing fingers at AT&T and FirstNet, he said the National Telecommunications and Information Administration anticipates it will need two years to approve an alternative plan.

According to Congressman Mike Doyle, a Democratic House representative from Pennsylvania and participant in today’s hearing, Rivada does not currently operate a live radio access network. When Doyle asked Stevens if that was a concern, Stevens referenced performance and assurity bonds that would be in place if the state were to choose Rivada, which along with some other carriers, has submitted proposals to other states considering an opt out decision.

In the time since FirstNet was initially planned, AT&T has agreed to allow public safety users to use its existing commercial network (not operating in the dedicated public safety band, known as Band 14) and to provide priority and pre-emption capabilities to public safety network users on the non-Band 14 as well as the Band 14 network. One question I would ask at this point, but which didn’t come up at today’s hearing, is whether or not the new capabilities on AT&T’s non-Band 14 network address New Hampshire’s concerns about statewide coverage.

Also figuring into how New Hampshire or another state might answer that question is whether public safety users in the state can use a non-Band 14 radio access network operated by someone other than AT&T.

Interoperability Issues
A Verizon blog post last week implied that public safety users would have that option. The blog post said that individual public safety departments can continue to use their existing network operator even if their state chooses a different carrier to build out the Band 14 network in that state. Verizon has noted that it will make devices available that operate in Band 14 as well as other bands, but none of the company’s recent FirstNet-related blog posts confirmed whether the company has reached an agreement with AT&T to exchange public safety network traffic between its radio access network and AT&T’s Band 14 network.

Comments from Sambar today suggested such agreements would be forthcoming, however. Asked about FirstNet interoperability with “jurisdictions” that use other radio access networks, Sambar said, “If you have a different carrier than I have, we can talk to each other. That’s called interoperability and we will maintain that in the future. This will not be a locked-in proprietary network.”

Michael Poth, CEO of the First Responder Network Authority, the government entity also known as FirstNet that is responsible for the network carrying the same name, doesn’t see it that way. All states must use the AT&T FirstNet core, even if they choose another operator to build the radio access network, Poth said at today’s hearing. “A single core is the intent,” he said.

Comments from Sambar suggest there also is no plan for the AT&T/ FirstNet core to interoperate with other core public safety networks. “When you have cores interconnecting with cores, you introduce seams” that can create a security “vulnerability,” Sambar said.

Verizon has said its core would not have to interconnect with the AT&T core for public safety users on one core to interoperate with those on the other core. Instead, Verizon said it could achieve interoperability by interconnecting its core to FirstNet data centers. Unfortunately, no one asked whether Verizon would be allowed to do that or whether doing so would address AT&T’s security concerns.

The communications subcommittee introduced several documents into the FirstNet record at today’s hearing, including a letter from Verizon in which Verizon continues to advocate its vision for the nationwide public safety network.