FirstNet added almost 100,000 square miles to its coverage area footprint during 2020, the organization reported in an update.

The public/private safety network operates on AT&T infrastructure. It now covers more than 2.71 million square miles, has more than 2 million connections and more than 15,000 subscribing agencies and organizations. The FirstNet footprint covers 99% of the United States population, FirstNet said.

Among the highlights from 2020:

“These are major milestones in the growth, adoption and deployment of public safety’s network,” FirstNet Authority CEO Edward Parkinson said in a press release about the FirstNet footprint. “The FirstNet Authority is pleased that buildout continues to be ahead of schedule and that we are moving closer to fully realizing the vision of a nationwide network that serves all of public safety. This progress shows the strength of our partnership with public safety and how their involvement is critical to the success of the network.”

An example of FirstNet’s rural growth last year is the deployment of purpose-built FirstNet cell sites in Forest River, Gladstone and Sawyer, N.D. That was part of a bigger push across the state. 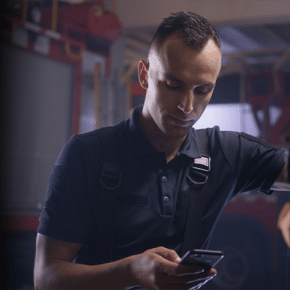