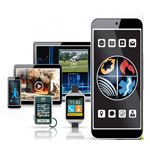 Applications will be key to the First Responder Network Authority (FirstNet) and the FirsNet Apps ecosystem is being built on three pillars. They include: developing a rich set of applications for public safety, ensuring that the applications developed for the network enhance public safety and providing capabilities for applications to be developed from the ranks of first responders.

Three Pillars for FirstNet Apps
In a blog post and video linked to a piece at the FirstNet site, FirstNet CTO and Director of Applications Mark Golaszewski outlined these pillars. The first is development of a rich set of applications that is available to all first responders. Those apps must be controllable by the local authority. “Having vetted, standardized, secured apps on a secure network is extremely important,” said Phoenix Fire Department Deputy Chief Amos Chalmers.

The second pillar is that public safety needs must drive the development of new FirstNet applications.

The third and final pillar is that it must be possible for ideas originating with first responders to be developed into network applications. “What excites me is that there are firefighters, EMTs, or patrol officers out there with ideas,” said Captain Chris Lombard, a Seattle firefighter who also serves on the FirstNet Public Safety Advisory Committee (PSAC). “They’re looking for the perfect mechanism to get that idea in motion – that’s the potential and opportunity of what FirstNet will enable for us.”

FirstNet is an independent authority within the U.S. Department of Commerce. AT&T has agreed to invest $40 billion over 25 years in the network. In exchange, the telco will have access to 20 MHz of spectrum in the 700 MHz band. Connecting FirstNet users to those assets is valued at more than $180 billion, says AT&T. Motorola is developing  hardware and software for the network.

Earlier this month, Virginia, Kentucky, Arkansas, Iowa and Wyoming opted into the AT&T network. The move to AT&T may not be universal, however. The FCC has established rules for states to select a different carrier to build and operate a statewide public safety network, if they so choose.