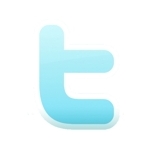 Building on their ‘social TV’ experiment, Verizon has expanded Twitter features on FiOS TV. Subscribers can now follow their friends ‘tweets.’ According to Verizon, “Using the onscreen keyboard, customers type in their friends’ Twitter username or email address and pull up their Tweets.”

Verizon announced the Twitter on TV initiative a couple months back. The initial version  allowed FiOS subscribers to send and follow tweets about television shows and follow hot and favorite topics. The new features adds ‘friend following’ to the FiOS Twitter portfolio.

Verizon’s Twitter moves demonstrate the growing trend of Internet application development for the TV. It remains to be seen whether the masses will adopt these applications. For example, will Twitter nation embrace the TV in the same way they have the mobile device and the PC? There will certainly be more to come, from telcoTV, cable, and DBS alike.  I think most developers have learned some good lessons regarding the convergence on the Internet and TV – less ‘web TV’ and more ‘TV apps.’