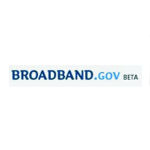 The task force’s presentation provides commissioners with an initial assessment on “the current state of broadband access in the U.S. and describes the framework will use to both analyze gaps in broadband’s reach and find solutions to close those gaps,” according to a news release.  Established under the American Recovery and Reinvestment Act of 2009, the FCC is charged with developing a national plan the aim of which is to foster the provision and adoption broadband across the nation.

Looking to realize that aim, the FCC task force to date has concentrated on gathering the facts and data it needs to develop such a plan, an effort that has included concerted and broad-based public outreach.  Thus far, this has included 26 workshops and hearings during which some 230 witnesses have testified.  Another six public meetings are scheduled.

In addition, nearly 41,000 pages of written comments have been filed with the FCC in response to its National Broadband Plan Notice of Inquiry.  The FCC has also put up nearly 40 blog posts on the topic on its Blogband page, which have garnered more than 300 comments to date, all of which have been included in the public record, the FCC reported. The report identifies costs that may approach $350 billion to provide universal 100 Mbps broadband coverage.

Nearly 2/3 of Americans have broadband access at home, according to FCC data.  One-third have access but have not adopted it while another 4% say do not have access where they live.  Large segments of the US population have much lower percentage rates and adoption rates vary across demographic groups.

“The cost of digital exclusion is large and growing for non-adopters, as resources for employment, education, news, healthcare and shopping for goods and services increasingly move on line,” according to the agency.  The FCC has commissioned a survey to learn how attitudes toward broadband technology, affordability and personal context–home environment, access to libraries, disabilities and the like–affect broadband adoption.  Results are expected in November.