Home » FCC Study: FTTH Out, DSL and Fixed Wireless In to Bring Broadband to Unserved 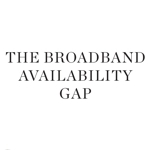 The FCC released a report yesterday that identifies a total cost of $23.5 billion to bring broadband of at least 4 Mb/s to unserved territories. That is if you use DSL and fixed wireless to accomplish the task. If you were to go with FTTH, the cost jumps to $62 billion.

The Broadband Availability Gap report is part of a larger effort by the FCC, as mandated by the American Recovery and Reinvestment Act (or broadband stimulus program), to perform “an analysis of the most effective and efficient mechanisms for ensuring broadband access by all people of the United States.”

This analysis uses net present value economics to derive a total cost of $23.5 billion to bring broadband to the 7 million homes (14 million people)  identified as unserved in the U.S. DSL and fixed wireless technologies were identified as the methods to deliver broadband for this price tag. The use of other technologies would increase these costs, significantly so, in some cases.

The 4 Mb/s benchmark is used because that’s the number the FCC has identified as a target for broadband funding under the new Connect America Fund (CAF).

Considering the current high cost fund of the USF is about $4 billion and the FCC says that universal service funding will not increase as a result of the transition to broadband and the CAF, it’s not entirely clear how this will be paid for. We’re talking about a $19 billion shortfall – and that’s just to bring 4 Mb/s via DSL and fixed wireless.

For now, $23.5 billion is the FCC’s base case for bringing broadband to the unserved. The FCC will open this process up to public comment, as they determine the best approach to deliver on universal broadband.

11 thoughts on “FCC Study: FTTH Out, DSL and Fixed Wireless In to Bring Broadband to Unserved”