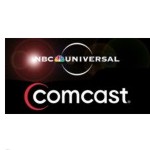 The Federal Communications Commission could get an earful in response to a request for comment it issued last week in connection with the NBC Universal/Comcast joint venture proposed in December.  The commission is asking for comment about the partners’ request to transfer control of a range of FCC licenses to the joint venture, including licenses covering satellite, radio broadcast services, private land mobile and private fixed microwave.

The joint venture, which aims to combine NBC Universal’s broadcast, cable programming, theme park and online content businesses with Comcast’s cable programming business, has drawn fire from legislators, consumer groups, unions and industry associations. Although the joint venture would not include Comcast’s cable systems, opponents say it could give those systems an unfair advantage.

“The merged giant would have strong incentives to discriminate against other multi-channel video providers in granting access to its wealth of programming, including all of its broadcast stations and ‘must-have’ national and regional networks that air live or same-day sporting events, as well as the market power to enforce anticompetitive bundling,” an alliance of opponents wrote in a letter to President Obama in January.

NBCU and Comcast say the joint venture would benefit consumers because it would accelerate the development of new digital products and services. In announcing the joint venture, Comcast Chairman and Chief Executive Officer Brian Roberts said the deal would enable Comcast “to become a leader in the development and distribution of multiplatform ‘anytime, anywhere’ media that American consumers are demanding.”

Interested parties have until May 3 to file comments in response to the FCC’s request.

One thought on “FCC Seeks Comment on Comcast/NBCU Joint Venture”