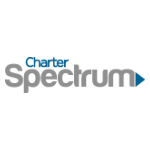 The FCC has reversed a previous decision to require Charter to bring broadband to one million U.S. homes that already have broadband service available to them. The requirement, imposed under the previous FCC administration, was a condition of commission approval of Charter’s plan to acquire Time Warner Cable and Bright House Communications.

The reversal on the Charter broadband overbuild condition does not reduce the number of locations to which Charter must bring broadband service, but instead requires the company to build to locations that do not currently have broadband available to them, or who have only low-speed broadband.

As FCC Chairman Ajit Pai explained in a statement, the Charter buildout conditions require the company to deploy broadband to a total of two million locations to which the company does not currently offer service. Initially half of those locations were required to be in areas where a competitor already offers service.

“Following our decision today, Charter . . . is still obligated to build out to two million new locations,” Pai explained. “The difference now is that the beneficiaries will be consumers currently on the wrong side of the digital divide. That’s a major difference, and one that will go a long way toward helping deliver online opportunity to all Americans.”

Charter Broadband Overbuild Condition Reversal
According to the American Cable Association, the decision to reverse the Charter overbuild condition was the result of a petition filed by that association. ACA had expressed concern that Charter would likely overbuild small broadband providers in markets that might not support two providers.

“The FCC’s decision is compelling because the agency is simultaneously advancing the goal of affordable and universal broadband by requiring Charter to venture into unserved areas and by eliminating the threat of government-mandated uneconomic entry into smaller operators’ markets,” said Matthew M. Polka, ACA CEO, in a statement.

NTCA–The Rural Broadband Association also opposed the Charter overbuild condition, arguing that the requirements would cause resources to be wasted and could drive some broadband providers out of business.

“We are pleased to see the course correction in today’s order to help ensure that artificial measures to inject competition will not undermine private investment initiatives or our nation’s shared goals with respect to universal service in rural America,” said NTCA CEO Shirley Bloomfield in a statement.