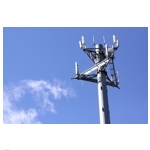 The FCC announced authorization to release additional funds from the $300 million Mobility Fund Phase I auction, which is designed to support the build out of 3G and 4G networks in rural markets. T-Mobile won approximately $23 million in funding and U.S. Cellular received approximately $34.5 million. One third of this funding was authorized for release by the FCC from the Universal Service Fund yesterday.

The mobility auction, which was a reverse auction, pegged $300 million in funding for wireless network construction in both 3G and 4G variants. The reverse auction awarded funding to the carrier that offered to do the build-out with the smallest level of monetary support.

This recent FCC action also awarded $1.8 million to Hardy Cellular of West Virginia and $1.4 million to Powertel/Memphis Inc. Winning bidders had to provide the FCC with a “letter of credit (LOC) and Bankruptcy Code opinion letter from [their] legal counsel,” to gain access to the funding. Construction of 3G networks must be complete within a two year window, with 4G networks gaining one additional year for a total of three to complete.

NEP Wireless was the first to receive funding from this program back in April of this year. The next phase of the FCC’s mobility fund is supposed to make $500 million available annually to wireless carriers to help cover the cost of deploying service in high-cost areas.