The Federal Communications Commission yesterday clarified that ringless voicemails are considered “calls,” and, therefore, must abide by robocall rulings requiring callers to obtain a consumer’s consent before delivering such a call to a consumer’s mailbox without ringing their cell phone.

The FCC vote on the matter was unanimous, with the ruling taking its cue from the Telephone Consumer Protection Act (TCPA), which protects consumers from unwanted robocalls. TCPA also prohibits making any non-emergency call using an automatic telephone dialing system or an artificial or prerecorded voice to a wireless telephone number without the prior express consent of the called party.

Violations of these rules, including those from ringless calls, can be enforced by the FCC. The consumer can also file suit.

The FCC’s Declaratory Ruling and Order was the result of a petition filed by All About the Message, LLC, which asked the regulator to find that delivery of a message directly to a consumer’s cell phone voicemail is not a call protected by the TCPA.

The petitioner and two other similar petitioners sought to withdraw their requests for clarification after the FCC sought public comment and received overwhelmingly negative reactions from commenters.  The regulator has also received dozens of consumer complaints annually related to ringless voicemail.

The ruling follows several recent actions the FCC has taken in an attempt to stem the rising tide of annoying, and often illegal, robocalls.

“Imagine finding robocallers leaving junk voicemails on your phone without it ever having rung.  It’s annoying and it’s happening to too many of us.  Today we’re taking action to ensure these deceptive practices don’t find a way around our robocall rules and into consumers’ inboxes,” said FCC Chairwoman Jessica Rosenworcel, in a prepared statement. 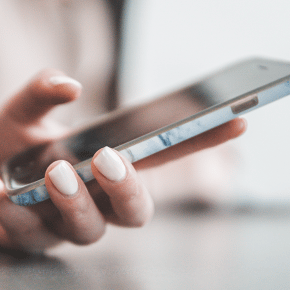