The FCC’s Local Telephone Competition report, released this week, contains a wealth of data documenting the decline of plain old telephone service (POTS)  in favor of VoIP and wireless, as well as the rise of telecom competition.

The downside to the report, based on data collected from service providers, is that the information is already a year old. On the plus side,  it is a more comprehensive survey than some others I have seen. Key points from the report include: 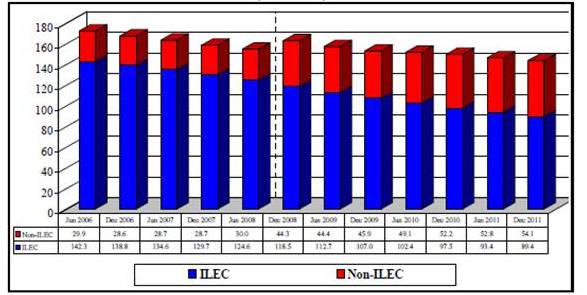