All locations in the U.S. Virgin Island are set to receive 1 Gbps fixed broadband. The deployment will be funded, in part, through the FCC Connect USVI Stage 2 program.

Broadband VI was the winning applicant for the Virgin Islands contract. The company will receive $84.5 million of funding over the next decade toward the cost of providing service to 46,039 locations.

Earlier this month, the FCC provided funding for broadband connections in Puerto Rico through a similar competitive process, as Telecompetitor reported.

According to the FCC, the Broadband VI award was made after its proposals and those of other applicants were evaluated based on network performance, including speed, latency, usage allowance, network resiliency and redundancy and based on the level of support required.

“Today’s announcement is a big win for residents of the U.S. Virgin Islands,” said FCC Chairman Ajit Pai, in a prepared statement. about the FCC Connect USVI award. “This funding will ensure that fast, resilient broadband networks reach all homes and businesses in the U.S. Virgin Islands. Our action today, coming on the heels of the successful conclusion of the Uniendo a Puerto Rico Fund’s Stage 2 Competitive Process, is another milestone in our ongoing work to close the digital divide and bring the benefits of a high-speed broadband connection to all Americans.”

Before receiving funding, successful applicants in the Connect USVI Fund and Uniendo a Puerto Rico Fund must complete the FCC’s remaining steps for authorizing high-cost support. 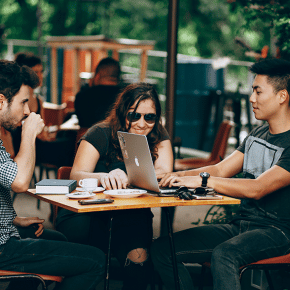