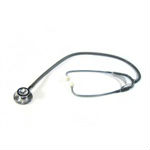 A speech made by FCC Commissioner Jessica Rosenworcel late last week should serve as a reminder to rural network operators that changes to the FCC’s rural healthcare program will begin kicking in soon.

“We have a new Healthcare Connect Fund that is part of the $400 million the agency makes available annually to rural healthcare providers through its universal service program,” said Rosenworcel in an address at the American Telemedicine Association Federal Policy Summit in Washington D.C. on Friday. “Under the program, eligible healthcare providers can apply to receive funding to cover 65% of the cost of either broadband services or healthcare provider-owned networks.”

The program Rosenworcel references was formalized in an order adopted by the FCC back in December. At that time the FCC essentially modified an existing program and gave it the new Healthcare Connect Fund name. Modifications included expanding eligibility as well as what could be covered.  The moves were made after a pilot test of some of the modifications. A cap on total annual funding also was imposed at the time the order was adopted.

As Rosenworcel explained in Friday’s address, funding for applicants to the new program will begin on January 1, 2014. Although Rosenworcel did not discuss the filing window for new applicants, the commission all along has said it would open “late summer 2013” and a timeline currently posted on the Universal Service  Administrative Company site shows that the filing window for the new program will open in August or September.

In her speech, Rosenworcel positioned rural healthcare initiatives such as telemedicine as a way of reducing healthcare costs as well as enhancing care. “With the cost of healthcare in the United States projected to be nearly $3 trillion this year, we should seize solutions that can reduce costs while also improving medical outcomes and patient care,” she said. “Telemedicine is one of those solutions.”

She also noted, however, that more work needs to be done to help rural healthcare initiatives such as telemedicine reach their full potential. For example, she said, reimbursement for telemedicine services for Medicare patients is “restricted to very limited circumstances.”

She encouraged people to study the Servicemembers’ Telemedicine and E-Health Portability Act, which she said has helped streamline telemedicine rules across the country.

“The benefits of these services are huge for rural Americans, who in many cases are required to travel great distances to receive medical treatment,” said Bloomfield. “With the introduction of technologioes such as remote diagnostics and in-home monitoring, folks in rural America are able to give and receive treatments more efficiently, saving money and time and often improving the quality of care . . . Small independent telecommunications providers are working every day to build the broadband future for rural America, and we look forward to continuing our collaboration with the commission and other federal policymakers to bring high-speed connections and accompanying health and economic benefits to all Americans – no matter where they live.”