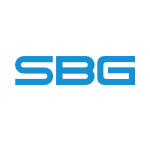 Last year, for example, Sinclair pulled 129 stations in 79 markets from DISH Network when DISH balked at Sinclair’s requirement that the stations carry an unnamed cable channel Sinclair was planning to purchase.

Retransmission consent fees come into play in meeting pay TV providers’ requirement to carry broadcast stations in local markets – a requirement some people say gives broadcasters the upper hand in negotiation. For evidence, these people point to consent fee cost trends, which have been rising dramatically.

Pay-TV providers were disappointed last month when after reviewing the situation, the FCC declined to implement new retransmission rules, such as a proposal to allow pay-TV providers to bring in signals from distant markets. At that time, FCC Chairman Wheeler said new rules were not required but he said the Commission would intervene in disputes if the public interest is not being upheld.

Sinclair Retransmission Settlement
The Sinclair retransmission settlement pertains specifically to a rule that forbids a broadcaster to negotiate jointly for one of its stations and for another station in the same market that it does not control. According to an FCC press release, the Media Bureau found that over a seven-month period, Sinclair negotiated retransmission consent on behalf of “dozens of stations” that it did not control while simultaneously negotiating for its own stations in the same markets.

In addition to paying the $9.495 million, Sinclair has agreed to implement a compliance plan aimed at preventing similar violations in the future.