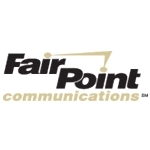 FairPoint announced today they are in discussions with their lenders to restructure debt. That’s a clean way of saying ‘we may enter bankruptcy.’ They have $42 million in debt payments due September 30th that are unlikely to be paid. As they report 3Q09 results, they will probably violate certain covenants with their lenders which is why they are taking action now. “Today’s action by our lenders demonstrates that our discussions are progressing in a positive manner and allows additional time for a permanent restructuring plan to be resolved,” said David Hauser, Chairman and CEO of FairPoint in a company statement.

FairPoint’s problems have been well documented. Their Verizon acquisition has loaded them down with significant debt and their operational challenges have been a public relations disaster. Should they file for bankruptcy, they will be the third company of note to end up in bankruptcy after a significant Verizon asset acquisition, with Idearc and Hawaiian Telecom the others.

Perhaps no other company is rooting more for FairPoint to make it and not enter bankruptcy is Frontier. Frontier is in the process of buying a ton of rural Verizon assets. A FairPoint bankruptcy couldn’t come at a worse time for them. Opponents to Frontier’s Verizon acquisition will hold FairPoint up as a cautionary tale, hoping to kill the deal. Some are already emerging, including West Virginia and Ohio.

Running a close second to Frontier in terms of hoping FairPoint makes it is Verizon. This could become a public relations mess for them. Imagine if the Frontier deal gets sidetracked? Verizon has publicly written off those rural lines (and customers) in question as ‘non-strategic.’ What if they have to now keep those assets? Can they somehow convert them to ‘strategic?’ Somehow I don’t see Verizon letting that happen. They’ll find a way to prop up their rural partner, Frontier, and offer some conceesions to make sure the deal goes through.

If FairPoint does go into bankruptcy, look for some of the state commissions in question with the Frontier deal to put requirements on both Frontier and Verizon to ensure a FairPoint repeat does not happen.

One thought on “FairPoint Bankruptcy Close?”