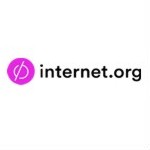 Researchers at Facebook’s Internet.org Connectivity Lab have developed a new means of detecting over the air optical signals that could pave the way for optical wireless networks to replace today’s wireless information and telecommunications network infrastructure, which makes use of radio and microwaves, according to a research paper published in Optica, the journal of The Optical Society. The Facebook over the air optical technology was developed at the Facebook Connectivity Lab.

Using a new approach to the detection of optical signals, the Facebook Connectivity Lab research team was able to transmit and receive data carried in light waves through open air at rates of more than 2 Gbps.

The Facebook over the air optical research is right in line with Facebook Connectivity Lab’s guiding mission, research team leader Tobias Tiecke explained. “A large fraction of people don’t connect to the Internet because the wireless communications infrastructure is not available where they live, mostly in very rural areas of the world. We are developing communication technologies that are optimized for areas where people live far apart from each other.”

Facebook Over the Air Optical
The inability to find a cost-effective means of precisely directing a very small laser beam to transmit data via optical signals over long distances through open air to a tiny light detector has been a major obstacle to over-the-air optical. Facebook Connectivity Lab’s research team used fluorescent materials rather than traditional optics to collect light and direct it precisely to a small photodetector.

The light collector has a surface area of 126 square centimeters and can collect light from any direction. The researchers combined it with existing telecom technology to achieve data transfer rates of more than 2 Gbps, according to Facebook.

“We demonstrated the use of fluorescent optical fibers that absorb one color of light and emit another color,” Tiecke said. “The optical fibers absorb light coming from any direction over a large area, and the emitted light travels inside the optical fiber, which funnels the light to a small, very fast photodetector.”

The Facebook over the air optical research team also used plastic optic fibers containing molecules of fluorescent organic dyes that emit green but absorb blue light instead of employing the optics and mechanical systems typically required to track the position of optical detectors and point them to lasers. That reduces both complexity and cost significantly. As Tiecke explained: “The fact that these fluorescent optical fibers emit a different color than they absorb makes it possible to increase the brightness of the light entering the system.

“This approach has been used in luminescent concentrators for solar light harvesting, where the speed of the color conversion doesn’t matter. We showed that the same concept can be used for communication to circumvent pointing and tracking problems while accomplishing very high speeds.”

In addition, by making use of orthogonal frequency division multiplexing (OFDM), the research team was able to transmit and receive data at 2 Gbps over only 100 MHz of bandwidth. While OFDM is commonly used in wired and wireless telecom networks, it hadn’t been applied to laser and optical networks.

Developing new materials that make use of infrared spectrum invisible to our eyes capable of transporting optical data even faster than the blue/green light system could boost optical data transport rates above 10 Gbps, he said.