Home » Exec: Juniper Universal Chassis Router Can Work at Network Edge, in Core or in a Data Center 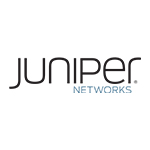 A Juniper universal chassis router announced today is designed to work at the network edge, in the network core or in a data center and to take on the functionality required for each application based on software. In addition, the new router supports what Juniper is calling “node slicing,” which aims to enable operators to run multiple services or instances on the same router, with each having a separate administrative domain.

The Juniper universal chassis router already has been deployed in some customer networks, on a limited basis at least, and will begin shipping tomorrow, said Donyel Jones-Williams, Juniper director of portfolio marketing, in an interview.  Slicing is already available on Juniper’s MX series routers, he said.

Juniper Universal Chassis Router
“The universal chassis allows customers to start to have a common deployment across multiple parts of the network,” explained Jones-Williams.  He also noted, however, that the Juniper universal chassis router is designed to interoperate with traditional Juniper routers designed specifically for the edge or core or for data centers.

“We’re the only company that took all of its routing brands and put all those brands into a universal chassis,” Jones-Williams said.

Putting it a different way, he said, “We are doing the same thing for routers that hypervisors did for servers.”

The Juniper universal chassis router news is the second major router announcement in just one week. Last week Nokia announced what it claims is the world’s largest router.

The Juniper universal chassis router supports higher capacity than previous Juniper offerings, Jones-Williams said. By using a 16-slot chassis, operators can get 48 Tbps of capacity in a single box, he explained.