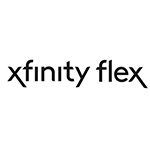 Comcast upped the ante on streaming video today with the news that Internet-only customers (those who don’t subscribe to the company’s pay-TV service) will get the company’s Xfinity Flex streaming video service at no extra charge. On a conference call with reporters, Comcast Executive Vice President of Xfinity Services Matt Strauss said the offering is part of Comcast’s strategy to “redefine broadband” by transforming the television into a “dashboard for the digital home.”

Free Xfinity Flex
Xfinity Flex, launched earlier this year for five dollars a month, includes more than 10,000 free movies and TV shows. Although it doesn’t include real-time broadcasts of linear TV channels, it does have live news and sports from networks such as ESPN3, Pluto TV, Tubi TV, Xumo, Cheddar, YouTube and Sky News. It also has Xfinity Flex capabilities such as voice remote control and the ability to rent and purchase movies from a digital store and to stream music.

Beginning later this year, the Flex interface also will work as a self-serve portal. Customers will be able to use it to upgrade to a broader set of capabilities available through Comcast’s X1 platform such as sports programming or DVR capability.

The Flex interface also can support another element of Comcast’s strategy – to convert the television into a device that is always on and that will help drive customers to “take more and more services from us,” Strauss said. He noted, for example, that the interface could be used to support voice control of smart thermostats.

Comcast may have another reason for offering Xfinity Flex for free to internet-only customers – to retain those customers. While cable companies such as Comcast generally offer the fastest internet speeds in areas where telcos haven’t deployed fiber-to-the-home (FTTH), the cablecos may lose that edge in areas where FTTH is available from the telco.

For now, Xfinity Flex is only available to Comcast internet subscribers, but Strauss hinted that the company might extend the offering to other cable companies such as Cox Communications and Rogers with which it already has relationships.