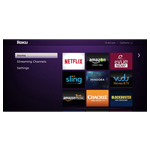 A new cloud streaming video service announced today aims to make it easier for service providers to offer a skinny bundle of local broadcast and cable channels delivered over IP. The offering, dubbed eVUE-NOW!, comes from Evolution Digital, and also supports cloud-based DVR capabilities. End users will order eVUE-NOW! through a self-service portal and will use an app to view content on iOS, Roku, Apple TV, Android TV and Android mobile devices. The goal is to help service providers transition to all-IP video distribution, an Evolution Digital spokesperson in an email to Telecompetitor.

Clearly, eVUE-NOW! targets service providers that already have a traditional video offering. As the spokesperson explained, the content that service providers will be able to offer through eVUE-NOW! will include local broadcast and VOD content based on the providers’ existing rights. Evolution Digital previously announced an IP platform that gives service providers the ability to deliver their own video on demand content – and eVUE-NOW encompasses that capability as well.

“We offer our service providers a fully-managed back office solution that provides user authentication, content protection, provisioning and other software-based services,” the Evolution Digital spokesperson explained.

But while some functions will be delivered from the Evolution Digital cloud, content will be delivered locally using servers and storage capacity within the service provider network to deliver the recording and playback capability, the spokesperson said.

The DVR functionality provided by eVUE-NOW! has some limitations. For example, viewers can select no more than 20 programs to record and store, and content is stored for no longer than one week. “After one week, the intuitive system then automatically replaces the stored program with the next available episode of that series or event,” the press release explains.

EVUE-NOW! is particularly well suited for Tier 2 and Tier 3 operators because it enables them to pay as they grow, the Evolution Digital spokesperson said. Late last month, the company said it had 23 operator customers.

In July, C Spire announced an app-based TV service based on the MobiTV platform which, like eVUE-NOW! delivers content to mobile devices, as well as streaming video players such as Apple TV.