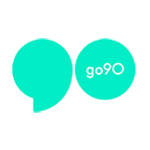 Driving wireless data consumption is a key goal of Verizon’s go90 mobile video offering, said Verizon Executive Vice President John Stratton at an investor conference today. His comments came in response to a question at a question-and-answer session at the Bank of America Merrill Lynch 2015 Media, Communications & Entertainment Conference, which was also webcast.

Although Verizon has not issued an official announcement, the go90 offering came to light several days ago when several news media outlets discovered a go90 information page. According to the web page, end users will download an app in order to use go90.

As Stratton explained, go90 is designed around “how we expect the next-generation to interact” with video. A different Verizon executive told the New York Times that the offering targets 18- to 34-year olds but will be available to all mobile data users, even if they are not Verizon customers.

Verizon go90
Go90 content will include live concerts, sports, episodic and other content, Stratton told investors at the Drexel conference. According to the New York Times, content will come from cable networks such as Comedy Central, Food Network, ESPN, NFL Network and Discovery, as well as online content sources such as AwesomenessTV, Vice, Tastemade and Machinima.

Verizon’s offering isn’t just about content but is also about how content is consumed, Stratton noted. “What we saw as an opportunity was to really change the experience in a significant way,” said Stratton. While video currently is a “passive, lean-back” offering, he said, “we’ve re-architected that experience [to be] more engaging and immersive.”

He noted, for example, that users will be able to clip portions of a video program and share the clips within the go90 community and through other social media, he explained. Using this approach, the service provider hopes to create a “network effect,” he said.

Verizon also anticipates monetizing go90 by offering unique marketing opportunities to those wishing to reach the go90 audience, Stratton said. He pointed to the “ability to aggregate user information in an opt-in way” to give advertisers the ability to amass an audience and to do so in a relevant context.

Stratton reminded the audience of Verizon’s recent media-related acquisitions — including AOL, Millenial Media and others – and noted that the company’s strategy “comes into focus as we stitch together different acquisitions.”