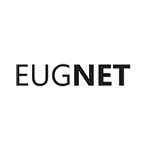 An uncommon model for municipal broadband network deployment comes from Eugene, Oregon, where the local utility company is partnering with the city and other entities to build the network, dubbed EUGNet. The entities involved in the partnership to create EUGNet include the Eugene Water and Electric Board (EWEB); the city of Eugene; the Lane Council of Government, an association of local governments in Lane County; and the Technology Association of Oregon.

In an effort to encourage local businesses to connect to the network, a substantial portion of connection costs will be subsidized for those who sign up during the initial construction period, explained Matt Sayre, director of EUGNet partner Technology Association of Oregon.

“During the downtown construction project, the one-time connection fee for each building is $2,000,” says the EUGNet website. “After that time, property owners will have to pay the full cost of their connection, which we estimate will be about $10,000 per building.”

EUGNet Philosophy
“They wanted to offer an incentive for multi-tenant buildings,” commented Rick Petersen, CEO of Peak Internet. The goal, he said, was to “stimulate economic development and high tech growth – to keep high tech companies and entrepreneurs.”

Peak Internet, created back in 1992 by two rural Oregon telcos and a rural Oregon power company, is one of six service providers currently offering service over EUGNet. Peak originally was created as a partnership to pursue direct broadcast satellite service, but since then has become an internet service provider.

Before EUGNet, high-speed broadband in downtown Eugene was either unavailable or was expensive, Petersen said. EUGNet wholesale pricing is low enough to enable service providers to offer competitive pricing, he noted.

Service providers are offering speeds as low as $79 per month for a 1 Gbps connection, commented Sayre.

Sayre also noted that EUGNet also connects with 1200 miles of publicly-owned open access fiber previously installed in the region by EUGNet partners and local utilities. Some service providers use that network as a “jumping off point to remote rural areas” to support wireless services in rural communities, he said.

Another important aspect of EUGNet is that it provides connectivity to the internet at both San Jose and Portand, enabling service providers to offer redundancy, Sayre noted.

Eugene was recently chosen as a Mozilla Gigabit City, garnering $150,000 of grant funding for local initiatives aimed at increasing participation in technology innovation.

Unique EUGNet Construction Methods
Another uncommon aspect of EUGNet is the construction technique that is being used. As Dave Placko — director of engineering for Peak Internet — explained, planners had the foresight back in the 1950s to install extra conduit for future communications needs when electrical construction in downtown Eugene was done. What that means today is that installers don’t have to dig up the street to install fiber.

According to Sayre, each building will be connected to the network via a bundle of 12 fibers, enabling multiple service providers to offer service in the building, with each service provider getting one or more fibers.

Participating service providers will connect to EUGNet at a point of presence to which Peak already was connected, Petersen noted. “We were able to leverage our current investment to connect to 100 multi-tenant buildings,” commented Petersen. “When you look at a rural provider, that’s huge.”

Petersen sees opportunities to differentiate Peak’s offering through its tenure in the business, its regional presence and excellent 24/7 support.

“Our network is a carrier-grade network,” observed Petersen. “We have had resiliency and redundancy for a number of years.”