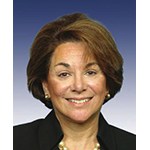 In doing so, it reinforces a recent FCC ruling but contradicts an August Sixth Circuit Court of Appeals ruling that struck down the FCC Order and prohibited community-owned broadband services in North Carolina and Tennessee.

Eshoo Community Broadband Act
“I’m disappointed that a recent court ruling blocked the FCC’s efforts to allow local communities to decide for themselves how best to ensure that their residents have broadband access,” Eshoo said. “This legislation clears the way for local communities to make their own decisions instead of powerful special interests in state capitals.”

“Rather than restricting local communities in need of broadband, we should be empowering them to make the decisions they determine are in the best interests of their constituents. Too many Americans still lack access to quality, affordable broadband and community broadband projects are an important way to bring this critical service to more citizens.”

Ironically, at least for some, Chattanooga’s pioneering municipal broadband service, built and run by publicly owned electricity and communications services utility EPB, introduced the first community-owned gigabit Internet service in the nation and has been hailed as a model of success.