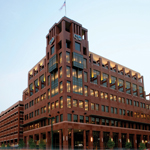 At one time it looked like the high-speed broadband network built 10 years ago by electric company EPB in Chattanooga would be an island of gigabit connectivity, as the state of Tennessee had rather restrictive laws about what types of entities could offer broadband and where. But things have changed, as J. Ed Marston, EPB vice president of marketing, explained in an interview with Telecompetitor about new EPB gigabit partners.

The state now allows municipalities and electric cooperatives to offer broadband, Marston noted. Electric companies (including EPB) are prevented from offering broadband beyond their serving areas for electric service, however, which has given rise to partnerships between EPB and small electric utilities that are moving into broadband.

“We’re partnering with some other municipal and cooperative providers to help them get into the business,” commented Marston. “We’ve seen a ton of interest.”

These other companies have the option of working with EPB in any of several different ways. In some cases, EPB provides consulting services. In other cases, it offers transport to an internet point of presence. In addition, EPB offers tech support as a service.

“This is a big advantage to them in terms of staffing,” Marston observed about the companies with whom EPB partners. “They’re able to obtain support more economically if they obtain it as a service from us. They don’t have to train and maintain a [support] team.”

It’s a win/win because the arrangement also yields greater cost efficiencies for EPB.

The Gigabit Economic Engine
EPB, the first service provider to undertake a major gigabit deployment, now has 104,000 fiber-optic subscribers, including 18,000-gigabit customers, in a 155,000-household serving area. The company has offered 10 Gbps as well as 1 Gbps and slower speeds for several years. Initially, the slowest speed offered was 100 Mbps but the company has since boosted that to 300 Mbps without changing the monthly price.

Telecompetitor visited Chattanooga back in 2015 and was impressed with how the city’s gigabit network had attracted high-tech companies and jobs to the community. Even companies that didn’t need high bandwidth were moving there because of the talent pool.

A recent win was IMSA, a company that provides maritime alerts to ships at sea. To strengthen its offering, IMSA added more detailed weather information, along with information such as port closures to its offering – all of which is delivered in real time.

“They needed to be able to receive, process and recombine [the information] in a way that the service demands and push it back out,” explained Marston. “They wanted massive bandwidth.”

They also wanted to be away from coastlines so that they would be isolated from hurricanes.

Another recent company attracted by Chattanooga’s broadband capabilities is RVRB, a company that specializes in real-time social media, with an emphasis on video. RVRB relocated to Chattanooga to get better broadband, Marston said.

EPB isn’t resting on its laurels, though.

“We’re constantly investing in the network to upgrade and maintain it,” said Marston.

For example, when EPB built out its broadband network, it included smart grid capability, but the company didn’t stop there. Since then it has deployed sensors that can collect information every 15 seconds about the state of the power network, with the goal of enabling EPB to determine in advance when a piece of equipment in that network is in danger of malfunctioning, Marston noted.