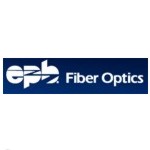 Customers of electrical power and broadband service provider EPB in Chattanooga can now get 1 Gbps symmetrical service for $69.99 a month. That’s a huge reduction from the $349.99 the company initially charged when it launched the service three years ago.

The $69.95 a month price level is what EPB until now charged for 100 Mbps service — so the company has now upgraded those customers to 1 Gbps. And customers who previously received service at speeds below 100 Mbps will now receive 100 Mbps service for $58 a month, with 100 Mbps now being the slowest speed that EPB will offer.

“EPB has made speed increases every year we’ve been in business,” said EPB President and CEO Harold DePriest in an email response to an inquiry from Telecompetitor asking why the company was making these moves. “With every year we learn more about operating and managing our network’s load, we’ve been able to bring down some of the hard costs of offering service, and frankly we think that true high-speed connectivity is a great platform for innovation. We look forward to seeing what this community does with these new levels of speed.”

To support the speed upgrades, EPB had to change out optical network terminals at some customer sites, DePriest said. “When we first launched our services the ONTs we installed offered a maximum throughput of 100 Mbps,” he explained.

EPB was the first broadband provider to offer 1 Gbps residential service and at the time the service was launched, some questioned the need for that speed. Since then, however, the idea of gigabit communities has begun to catch on.

Community leaders in Chattanooga also have helped spur demand for ultra-high-bandwidth services by actively encouraging the development of new apps requiring that bandwidth.