Home » “End of the PSTN” Sounds Ominous, Really Is Not

Though it initially sounds jarring, the “end of the public switched telephone network” is coming, just as analog cellular was shut down and now second generation mobile networks are reaching end of life. The Federal Communications Commission has broached the subject since 2011, in a formal way.

The “end of the PSTN” is not as dramatic a concept as it sounds, in many ways, though.

As always is the case, an older network is shut down when a newer network becomes the choice of most users.

Some, for example, suspect the use of TDM networks for voice could decline to as little as six percent of the U.S. population by about 2018. That includes the FCC’s own Technological Advisory Council.

When that few customers are on an older network, the network generally has become uneconomic to operate. At such times, it makes more sense to shift traffic over to the newer network that already carries most of the traffic and drives most of the revenue. 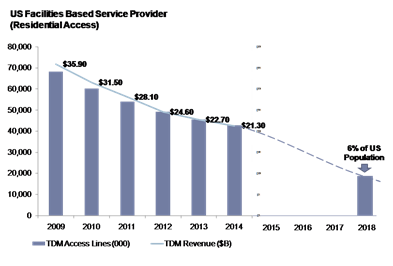 Still, the phrase “shutting down the PSTN” can be unsettling, as it can have many meanings beyond the simple shift to a newer network.