27 July 2021 – Dallas, Texas – Nokia today announced it is working with Empire Access, a communications provider in upstate New York and Northern Pennsylvania, to deliver up to 10GB/s speeds to new subscribers in the Greater Binghamton region west of the Catskill Mountains in New York state. Over 10,000 new subsribers will have access as part of the deal.

Nokia is enabling Empire Access to upgrade its network from GPON to XGS-PON technology to deliver ultra-quick broadband speeds along with built-in reliability needed by people to easily work, learn and play online from home. Empire Access, already named the fastest internet service provider in the United States for 2021 by PCMag, is modernizing its network to deliver new services to its customers including broadband internet, phone, security, business-class ethernet and metro-ethernet.

Bob VanDelinder, Director of Marketing, Empire Access said: “As a family-owned, locally based service provider, we are passionate about connecting the people who live, learn and work in the communities that we serve. We are extending our partnership with Nokia to bring the absolute best performance* in internet connectivity and communications technology to our customers as we expand service to new areas in Southern New York. Nokia is our trusted partner and it has delivered a solid platform with reliability for us to grow our business around.”

Sandy Motley, President, Fixed Networks at Nokia, said: “The global pandemic has highlighted the need for gigabit connectivity by consumers and businesses alike that live and work in every corner of the U.S. We are partnering with Empire Access to ensure that everyone in the Southern region of New York has access to the fastest internet available today so they can continue to thrive in today’s connected world.” 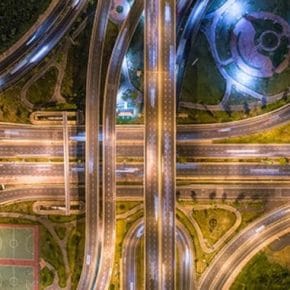