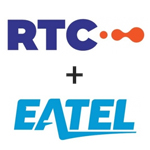 Two Louisiana-based broadband carriers are tying the knot, as Reserve, La.-based RTC is acquiring Gonzales, La.-based EATEL and all of its subsidiaries. Terms of the EATEL and RTC transaction were not disclosed.

EATEL was established over 80 years ago and operates an FTTP-based triple play network in southern Louisiana. Included in the deal are EATEL subsidiaries including broadband provider Vision Communications and data center operator Venyu, which is now known as EATEL Business.

RTC was established in 1935 and also operates in southern Louisiana, offering triple play services. Company ownership has changed hands a few times over the years but the company is currently privately owned. RTC has expanded through an acquisition before, including purchasing Charter network assets back in 2010.

“EATEL has had impressive growth and expansion of its service area and portfolio of products over the years,” said William Ironside, RTC CEO in a prepared statement. “We are excited about the future and are confident that EATEL will continue to thrive under RTC’s ownership.”

Josh Descant, President of EATEL added, “Our combined operations will be well positioned for sustained growth in our highly competitive industry.”

Upon closing, the senior management teams of RTC and EATEL will be consolidated and the combined RTC and EATEL operations will be headquartered in Gonzales, Louisiana, the companies announced. For now, the companies will maintain their separate local identity and no staff reductions are anticipated.

This latest acquisition highlights M&A activity within the rural broadband industry where opportunistic deals are happening in geographic regions across the country, but not in the form of any significant consolidation trend. Larger companies like TDS are active in buying smaller carriers as opportunities arise and deals similar to this EATEL and RTC example also pop up from time to time.