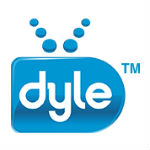 Broadcasters involved in Dyle mobile TV are getting serious about marketing the offering. In an announcement issued today, Mobile Content Venture (MCV) said it plans to use on-air, digital and live interactive events to promote Dyle. MCV is a joint-venture of 12 major broadcast groups focused on the Dyle offering.

Cities that will see the promotional push include Atlanta; Charlotte, N.C.; Cincinnati; Dallas; Detroit; Houston; Jacksonville, Fla.; Kansas City, Mo.; Miami; Orlando; Phoenix; and West Palm Beach, Fla. As many as six TV stations in each market will be cross-promoting Dyle along with the Audiovox wireless mobile TV receiver that was recently launched for iOS and Android devices.  The Audiovox device, which has a suggested retail price of $129.99, connects to a smartphone or tablet to enable users to watch television on those devices without a Wi-Fi or landline Internet connection and without using any of their mobile data allotment.

Dyle mobile TV uses spectrum that was freed up through the analog-to-digital broadcast conversion a few years ago. Broadcaster licensees gained the extra spectrum because digital broadcast uses spectrum more efficiently. To support Dyle, broadcasters need to invest about $150,000 per market for transmission technology to broadcast to the Audiovox or other Dyle receiver.

The Audiovox receiver isn’t the first device on the market that works with Dyle. MetroPCS last year began offering a Samsung Galaxy S LIghtray 4G smartphone with built-in Dyle support.  But at a price of $459 and little marketing support, it is unlikely that MetroPCS sold many of those devices. Since then MetroPCS was acquired by T-Mobile, which has made no effort to expand or further promote Dyle.

Logically the Audiovox receiver should be a more appealing option for those interested in watching TV for free on their mobile devices and who will be content with programming from a relatively small number of local TV stations.

Meanwhile, local TV stations that have not made the investment to support Dyle have some important choices to make in upcoming months – including whether to invest in Dyle or surrender spectrum that could be used for Dyle to the FCC in exchange for sharing in the proceeds of a voluntary auction of TV broadcast spectrum. Traditional cellular companies are eager to big on the new spectrum, with the goal of repurposing it to support mobile broadband service.

When Telecompetitor spoke with MCV earlier this year the company did not divulge any information about how widely Dyle was being used. We have asked MCV for an update about this and for additional information about their Dyle marketing plans and will publish an update when we receive that information.

UPDATE- A spokeswoman for MCV said the company is still working with Rentrak to “build out our reporting capabilities at the national and market level.” MCV hopes to have “a fuller understanding of audience usage trends” by the end of the year or first quarter of next year.

The Audiovox device will be sold through a “leading retailer” that will be featured in some of the advertising.