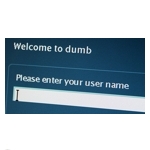 Both wireline and wireless carriers are struggling with the concept of the dumb pipe. The concept, which is widely discussed within telecom industry circles, suggests one potential outcome of the transition to broadband is carriers simply become access providers, with all of the applications and value for broadband delivered by and billed from third parties.

There is much debate as to whether becoming dumb pipes relegates service providers to simply a commodity provider with very limited opportunity to grow revenue beyond broadband access. As Gary Kim with his IP Carrier blog points out, this debate is now being introduced to the mainstream.

The New York Times has published an article which discusses the issue for mobile carriers, particularly in the context of Microsoft’s recent Skype acquisition. “The ultimate risk for the carriers, analysts say, is becoming ‘dumb pipes,’ providing only the data connection and not selling any more sophisticated communications services themselves,” writes New York Times reporter Jenna Wortham.

From my perspective, the dumb pipe issue seems more threatening to mobile providers than wireline (although wireline carriers will need to be proactive to prevent it). App ecosystems from the likes of Apple and Android have created an experience that mobile carriers will be hard pressed to emulate. That being said, few people will shed tears for wireless providers, especially large tier 1 carriers.

They have a long way to go before their profit margins will be materially impacted by the dump pipe concept. Until then, they’ll hedge their bets with strategies lie mergers and acquisitions, buying into the app ecosystem, to ensure they’re healthy for a while to come.

Unfortunately, the same is harder to say for smaller regional and rural wireless carriers. For them, the dump pipe threat is probably more worrisome.

As for wireline broadband providers, the dumb pipe threat is real too. But the saving grace may be the customer’s home. The emerging digital home and all of the applications it requires from home networking to security monitoring to whole home entertainment platforms provides an opportunity for broadband carriers. Sure, consumers may engage third parties for applications, but they’ll rely on someone to set-up, manage, and repair their digital home. That business opportunity is the wireline broadband carrier’s to lose.