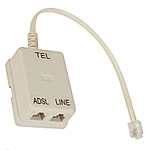 We’ve chronicled the ongoing research and development occurring with DSL for some time now. Many developments taking place in the lab are providing hope for the multitude of broadband carriers who have not made the leap to FTTH.

The latest example comes to us from Chinese access equipment vendor, Huawei, who reports speeds over DSL of up to 700 Mb/s. Huawei calls the DSL technology SuperMIMO, and like most advanced DSL technologies, it involves pair bonding. In SuperMIMO’s case, four pairs are bonded together with cross talk reduction technology to deliver 700 Mb/s, with one unfortunate caveat. The distance limitation of the technology stands at about 400 meters (about 1,300 feet).

For this reason, SuperMIMO will probably be focused on MDU type deployments. There’s no indication how fast and far that 700 Mb/s drops off over distance. Of course the other issue with Huawei is its Chinese pedigree and the rumors of its linkage to the Chinese military, which creates national security concerns for some in the U.S. Huawei is actively working to dispel those rumors and greatly expand their presence in North America. Stay tuned.