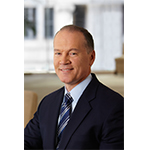 Gigabit access is now a primary goal for AT&T and they see multiple technology paths to achieve it. “We need to evolve our entire network to a gigabit,” said AT&T Group President and Chief Strategy Officer John Donovan today.  Donovan expects AT&T gigabit technology to include a mixture of options such as 5G wireless, G.fast, fiber-to-the-home (FTTH), and AirGig. The latter is a technology that AT&T developed in house that leverages existing aerial electric power infrastructure.

The company, he said wants to “maximize the solution set we have so we can serve every customer the most economical way possible. It’s going to take years to get there.

“No access technology will carry the day and be ubiquitous.”

AT&T Gigabit Technology
AT&T already has begun to deploy FTTH technology capable of supporting gigabit speeds and, according to the company, expects to have the service in 75 markets this year. But that may not be the best option for all areas. Donovan noted that the company expects to use G.fast to serve apartment buildings, for example.

According to Donovan, AT&T is looking at AirGig as a means of serving rural areas. One of the technology’s “first use cases,” he said would be to replace existing ADSL infrastructure.

The AirGig trials that AT&T is planning will focus on rural areas and will aim to determine how far down a wire signals will propagate. As another AT&T executive explained recently, the technology uses existing electrical power wiring but only to serve as a wave guide and does not use the conductor.

AT&T also has plans to deploy 5G in a fixed configuration. But Donovan’s comments today suggested the company sees that only as an interim option. The company’s fixed 5G plans are driven by the timing of standards efforts, he said. AT&T wants to gain experience with 5G technology and standards in the fixed version because that version will be finalized first.

In discussing long-term plans for 5G, however, Donovan’s comments focused on the mobile version of the technology. Some of his key comments:

Donovan made his comments at the Cowen and Company Technology, Media & Telecom Conference, which was also webcast.