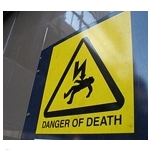 The recently announced deal between Verizon Wireless and the cable MSO trio of Comcast, Time Warner Cable, and Brighthouse is creating significant buzz within the industry. And why not. Who could have predicted these telecompetitors would get in bed together?

SpectrumCo, the consortium of these cable companies that controls the AWS spectrum, selling the spectrum to Verizon Wireless – sure. But to include talk of resale and co-marketing deals, and a joint venture to study how to do even more technology innovation and integration between the two – in a word, wow. It’s pretty illustrative of how dynamic the industry has become, where competitors now look to each other as partners.

There is much to digest with this deal and the implications are far reaching. One issue I would like to focus on is the potential impact on DSL broadband. Assuming this deal passes regulatory muster, which is not a given, the impact on the DSL ecosystem could be far reaching.

My premise with this argument is that Verizon Wireless’ parent company Verizon has pretty much abandoned DSL with this deal. You might make the argument that Verizon buried DSL even before this deal, but this may be the nail in the coffin.

Reason being, if you read into the co-marketing, resale, and technology integration terms of the cable – Verizon Wireless hook-up, you could surmise that Verizon intends to package mobile broadband services with cable’s wireline broadband and video services as a bundle. Now I would assume they don’t intend to market that bundle in Verizon FiOS territory (but maybe that’s not even safe). But in territory where Verizon only markets DSL services, you could easily conclude, it will be open season and Verizon can pretty much wash their hands of DSL in those markets, favoring the new cable-mobile broadband bundle. You think Verizon DSL net additions (more like net losses) are bad now. Just wait.

But it doesn’t end there. The Verizon-Cable duo can now go head up with other DSL offers from AT&T, CenturyLink, Frontier, FairPoint, on and on. Cable broadband is already crushing DSL offers in many metro/urban markets. Adding a Verizon Wireless mobile broadband component to their bundle will only help, especially if the announced “technology joint venture” develops tightly integrated services between cable broadband and video, and Verizon’s 4G LTE platform. One can only imagine the possibilities.

My guess is Verizon Wireless probably has 50+ million customers (give or take 10 million or so) who are not already cable or FiOS customers to market this new integrated bundle to, not to mention their retail footprint. It may be a full on assault on DSL powered broadband, and history suggests, it won’t fare well.

Could this have a material impact on the DSL ecosystem? Maybe. Certainly not in the short term. But across the board declining DSL port numbers means less and less attention from vendors in terms of R&D and support. Something to ponder regarding the long term future of DSL.

9 thoughts on “Does Spectrum Deal Put DSL in Peril?”