Home » Does Comcast Smell Blood in the Water? 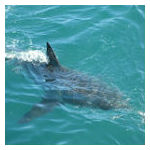 Comcast is turning up the heat on their broadband competitors by upping broadband speeds in several markets today. They are doubling speed for a couple of their packages and increasing speeds by about 60% for one, all at no additional charge for customers. Comcast may “smell blood in the water,” looking to inflict even more damage on what remains of their DSL competition.

Announced markets for the upgrade include parts of Arkansas, Indiana, and Michigan. DSLReports.com offers more insight into Comcast’s rollout plans by market for these broadband upgrades.

Traditional DSL Bloodbath
Comcast is on a roll with regards to broadband, with much of it coming at their DSL competitors’ expense. We’ve reported in the past on the marketplace reality of legacy DSL vs. cable modem competition in markets where Comcast competes with the likes of AT&T and Verizon. In those markets where AT&T has not deployed U-verse or Verizon has not deployed FiOS, it’s a virtual bloodbath, relative to broadband competition.

Consider that, by my math (calculated from quarterly earnings reports), AT&T lost over 2.5 million legacy DSL lines in 2012. Verizon did much better, but still lost 482 thousand DSL lines in the same time period. That’s close to 3 million legacy DSL broadband lines lost in 2012 from AT&T and Verizon alone. Contrast that with the 1.2 million broadband lines that Comcast added in 2012, and you can see why I choose the term bloodbath.

Not by Accident?
The cynics among us might argue this is not by accident. There is a growing opinion that both AT&T and Verizon have all but abandoned their traditional DSL footprint, ceding it to cable and other competitors. They instead are focusing on their U-verse and FiOS territories, offering a much more competitive bundle there. Collectively, they added 3.1 million U-verse (2.49 million) and FiOS (607 thousand) broadband lines in 2012. Verizon’s growing partnership with the cable industry for wireless, cable, and broadband bundling adds credence to this argument.

Given the success that Comcast is already having against DSL, doubling Internet speeds at no additional charge seems to suggest they are going in for the kill once and for all. Is it bye-bye for legacy DSL in these markets? With AT&T and Verizon literally hemorrhaging legacy DSL lines, one could argue there is DSL blood in the water, and Comcast is on the hunt.

5 thoughts on “Does Comcast Smell Blood in the Water?”