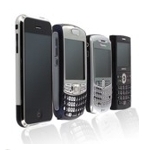 Music players, video streaming, today’s handheld mobile devices come packed with an ever-growing variety of features in addition to voice telephony.  Despite all the time and effort manufacturers and software developers put into developing them, cell phone users in the US don’t care much about them, however, according to a Wirefly sponsored research report.

Wireless Week reveals the survey results. Surveying 2,391 recent cell phone subscribers, survey findings revealed that 64% of cell phone buyers were less concerned about how rich in additional features handsets were than they were in basic aspects of the cell phone such as size and color.

Though a majority of buyers choose the latest model of cell phones–those that tend to include all the latest features–only a fraction consider things like music players, video streaming, Web browsing, email, and even built-in cameras as important, must-have” features.   Forty-six percent of the 64 percent of respondents that purchased cell phones with Web browsers and email said they never used these features and only 15 percent said they were necessary.

Younger cell phone buyers–those between 31 and 40–are much more likely to use their cell phones to do more than make phone calls.  Those 24 to 30 were the most likely to watch videos and play games on their phones at least once a week.