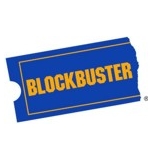 DISH Networks bought Blockbuster out of bankruptcy in April of this year, and speculation has been building about what they plan to do with it. We’re getting some insight into their plans, courtesy of Bloomberg, who reports that Blockbuster will soon launch a streaming subscription video service – one that closely resembles the Netflix model.

Blockbuster currently operates a retail footprint, a DVD by mail service, as well as an on-demand OTT video service. DISH intends to keep part of the retail footprint, but is obviously looking for ways to maximize the digital distribution trend. In addition to Netflix, Blockbuster will join Hulu and Amazon, who also offer streaming subscription video packages (although Amazon’s is an indirect streaming package offered to their Amazon Prime members, which offers a variety of other benefits beyond OTT video streaming).

OTT subscription models are gaining momentum in the U.S., with recent research suggesting that consumers are showing a preference for the monthly paid subscription service over transactional OTT VOD purchasing. Pricing details for Blockbuster’s pending streaming model have not yet been revealed. It’s a pretty safe assumption that the pricing model will try to take advantage of the controversy surrounding Netflix’s recent pricing changes.

DISH is also reportedly in the hunt for Hulu, which is in the process of selling itself. Should they win that auction, they would be quite the interesting player in the fast evolving OTT video marketplace.