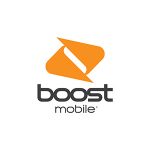 Dish and T-Mobile have reached an agreement for Dish to acquire the Boost Mobile prepaid business that T-Mobile gained when it merged with Sprint, according to a regulatory filing made yesterday. The transaction is slated to close July 1 and represents the culmination of prolonged and challenging negotiations.

The deal is valued at about $1.4 billion, according to a report published by Bloomberg. Dish and T-Mobile had been working out details such as whether Dish would get phones that work on the T-Mobile network, Bloomberg reports.

Dish T-Mobile Boost Deal
T-Mobile was required to sell the Boost business as a condition of the Sprint merger. When the T-Mobile Dish plans were announced in July 2019, plans also were made for Dish to purchase connectivity on T-Mobile’s network for seven years. Dish committed to building a 5G network covering 70% of the U.S. population by 2023.

Dish already has spectrum of its own for which it faces buildout deadlines that some industry observers have questioned the company’s ability to meet. A side benefit of the deal with T-Mobile for Dish is that Dish gains more time to build out that spectrum, as a research note from MoffettNathanson released Monday explained. Dish had been planning to build an internet of things network to satisfy its build-out deadlines, but now appears serious about its 5G deployment plans, as evidenced by recent social media posts seeking to hire wireless engineers, architects and other personnel. The company also has touted benefits of building 5G from scratch, rather than deploying it on existing 4G network infrastructure.

The U.S. wireless market is highly competitive and some industry observers have questioned whether there is room for Dish in it. Dish CEO Charlie Ergen can be a convincing advocate for the company’s plans, however. Some observers credited him with helping defend merger plans against a suit filed by the attorneys general of several states.

At the time the deal with T-Mobile was announced, Ergen said all the right things. He noted that Dish disrupted the pay-TV market with “substantial investments, constant innovation, aggressive pricing and commitment to the customer” and in entering the wireless business, he pledged to “again serve customers by disrupting incumbents and their legacy networks.”