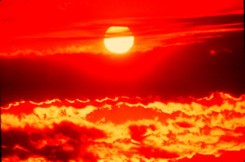 DISH Networks reported disappointing results for the first quarter 2008 in a SEC filing. DISH indicated competition from cable and telecom carriers are main factors in their 89% decline in subscriber growth, which netted only 35K net subscribers. In the 10-Q filing DISH says, “We believe that this declining subscriber growth has been driven in part by competitive factors including the expansion of fiber-based pay TV providers, the effectiveness of certain competitors’ promotional offers, the number of markets in which competitors offer local HD channels, and their aggressive marketing of these differences.” This report offers a strikingly different result from DirecTV’s recent results which reported 275K net new subscribers, a 17% increase. DISH will officially report their quarterly results on Tuesday.

DISH appears to be falling victim to both telco and cable triple play success, and to DirecTV’s continued HD superiority. DirecTV is maximizing its HD lead over all competitors, and in DISH’s case, their advantage appears to be widening. Add telco and cable’s triple play competitive advantage, and DISH looks like it is in for a rough few quarters. They’ll have a difficult time reversing the trend, because their historical value play of low cost is vulnerable to the savings perception of the triple play bundle. Adding insult to injury, they have no trump card like DirecTV does with HD and high end sports programming. They even face a HD setback, whose timing couldn’t be worse, caused by a recent satellite launch mishap. It all adds up to an ugly situation from a DISH investor point of view. Their competitors are salivating at the prospects of luring DISH’s 13.8 million subscribers.