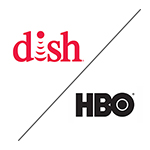 A DISH HBO blackout is raising competitive concerns, given HBO is now owned by DISH competitor AT&T. The two are involved in an all too common dispute about carriage fees and distribution rights for video programming. DISH has been involved in several high profile disputes of this kind. This dispute has led to the first ever blackout of HBO and Cinemax.

AT&T competes with DISH through satellite-based Directv and with DISH’s streaming service Sling TV through DIRECTV NOW. AT&T’s acquisition of Time Warner puts them in a unique position of controlling key content assets necessary for a competitive pay-tv package, HBO chief among them.

These programming disputes are nothing new, but the unique dynamic described above naturally leads to concerns about competitive motivations. DISH was quick to jump on this issue, citing anti-competitive behavior by AT&T.

“Plain and simple, the merger created for AT&T immense power over consumers,” said Andy LeCuyer, DISH senior vice president of Programming in a press release. “It seems AT&T is implementing a new strategy to shut off its recently acquired content from other distributors. This may be the first of many HBO blackouts for consumers across the country. AT&T no longer has incentive to come to an agreement on behalf of consumer choice; instead, it’s been given the power to grab more money or steal away customers.”

LeCuyer is referencing promotions being offered by AT&T for both its wireless customers and DIRECTV NOW customers who can receive heavily discounted pricing for HBO. It’s a bundling strategy that other wireless carriers are pursuing as well. T-Mobile, for example, offers a ‘free’ Netflix promotion.

HBO, of course, has a different take, blaming DISH for the impasse. Variety published the following HBO statement,

“During our forty plus years of operation, HBO has always been able to reach agreement with our valued distributors and our services have never been taken down or made unavailable to subscribers due to an inability to conclude a deal. Unfortunately, DISH is making it extremely difficult, responding to our good faith attempts with unreasonable terms. Past behavior shows that removing services from their customers is becoming all too common a negotiating tactic for them. We hope the situation with DISH changes soon but, in the meantime, our valued customers should take advantage of the other ways to access an HBO subscription so they can continue to enjoy our acclaimed programming.”

DISH may have some leverage over this issue, given AT&T is battling the Department of Justice over its Time Warner acquisition. AT&T initially prevailed over a DOJ lawsuit to prevent the merger but the DOJ appealed that decision.

Key to DOJ’s argument is the AT&T – Time Warner merger will lead to higher fees for pay-TV subscribers because of AT&T’s new market power. It’s an argument that DISH will aim to exploit during this current DISH HBO blackout, and one that AT&T may have an interest in suppressing, and soon.

Oral arguments for the appeal are scheduled for December 6th at the U.S. Court of Appeals for the District of Columbia.