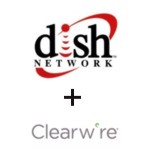 Dish Network now appears to be out of the running to acquire Sprint, announcing late yesterday that it would not issue a revised bid for that company. But Dish vowed to focus its “efforts and resources on completing the Clearwire tender offer.”

Both Dish and Japanese carrier Softbank have been vying to acquire both Sprint and Clearwire for several months now. Clearwire has a large amount of spectrum that both Dish and Softbank would like, but Sprint put a range of protections in place when it made a major investment in Clearwire several years ago and wants to maintain Clearwire control.

In an effort to maintain key controls over Clearwire, Sprint on Monday filed a lawsuit against Dish and Clearwire arguing that “Dish has repeatedly attempted to fool Clearwire’s shareholders into believing its proposal was actionable.” The suit argues, for example, that Dish’s offer for Clearwire, if completed, would violate Delaware corporate law and Sprint’s and other Clearwire investors’ rights under Clearwire’s charter agreement.

Dish responded by saying Sprint was trying “to exploit its majority position to block Clearwire’s shareholders from receiving a fair price for their shares.”

Much of Clearwire’s spectrum is unpaired spectrum in the 2.5 GHz band, making it well suited for TD-LTE service, a type of 4G LTE that has not seen many deployments in the U.S. but that has been used by some major carriers internationally, including Softbank.

Both Dish and Softbank see strong value in Clearwire’s spectrum, but for different reasons. Softbank has said it wants to offer a mobile broadband service offering higher data rates than what is currently available, while Dish has said it wants to offer a high-speed fixed wireless broadband offering for rural areas. Just last week Dish announced it had successfully trialed a fixed wireless broadband service supporting speeds above 50 Mbps using TD-LTE using spectrum owned by nTelos that is in the same spectrum band as Clearwire’s holdings.