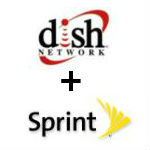 We’re getting some possible indications of DISH intentions for wireless services from news today that they will partner with Sprint for a 4G LTE fixed wireless trial in Corpus Christi, Texas. The move follows a similar partnership effort for DISH with regional wireless carrier nTelos. DISH and its chairman Charlie Ergen have made no secret of their desire to enter the wireless arena. Exactly what role they will play is difficult to nail down.

Like the nTelos partnership, this new Sprint partnership will use TDD-LTE spectrum, of which Sprint has significant holdings. DISH will use its logistics infrastructure to install the equipment on customer homes. “Depending on a customer’s location, DISH will install either a ruggedized outdoor router or an indoor solution to deliver the best possible broadband service to that site,” says a joint DISH-Sprint press release.

With the nTelos offer, which appears to be very similar to this new Sprint offer, ntelos and DISH reported they were able to generate data rates from 20 Mbps to more than 50 Mbps.  But they appear to be marketing the retail service as capable of up to 5 Mbps. nTelos CEO Jim Hyde expressed confidence in their ability to effectively compete with wireline broadband offers in the primarily rural and small market mid-Atlantic footprint they are targeting with it.

Corpus Christi is a larger market than the identified nTelos-DISH markets, with a population of over 300K. It stands to be significantly more competitive as well, with Time Warner Cable and AT&T U-verse available there, although the DISH-Sprint announcement does not offer detail if they will cover the entire Corpus Christi market. Perhaps they will focus on pockets where there is limited broadband availability.

Sprint and DISH have a well documented past which included an attempted takeover of Sprint by DISH. DISH and Ergen have amassed a significant amount of wireless spectrum and for the most part, have left the industry guessing about their wireless intentions. Is Ergen simply trying to flip the spectrum for a handsome profit, or is he serious about building (perhaps with an existing wireless partner or two) a wireless network to compete with existing national carriers? Sprint CEO Dan Hesse recently suggested Sprint is open to sharing their network infrastructure.

These fixed wireless announcements don’t shed much more light on these intentions. But at minimum, successful trials of LTE based fixed wireless solutions can only positively influence the value of wireless spectrum in general. DISH is also learning a lot through these partnerships – lessons they can surely apply in a possible future wireless effort. Stay tuned.