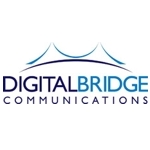 DigitalBridge Communications (DBC), the Ashburn, Va based rural WiMAX operator announced a strategic partnership with Schurz Communications. Schurz, based in Mishawaka, In, is a diversified media company with holdings in cable TV systems, broadcast TV and radio stations, newspapers, and online media.

Schurz will make a strategic investment in DBC and work in partnership with them to bring 4G WiMAX service to multiple Schurz markets. In a joint press release, the companies announced “Joint commercial rollouts will be announced during 2010, with DBC engineering, constructing, and operating the broadband wireless networks and local Schurz teams promoting, selling, and supporting innovative product bundles.”

DBC has been gaining investments from a variety of partners, including NRTC, as they attempt to expand their rural WiMAX footprint across the country. DBC is in effect, trying to become the rural counterpart to Clearwire, with Clearwire rolling out their CLEAR branded 4G WiMAX service in primarily urban markets.

To our knowledge, the Schurtz deal is the first major foray for DBC into rural cable MSO territory. “We have seen increased consumer demand and usage for broadband services from our cable operations, and our partnership with DBC will allow us to offer high-quality, high-speed, wireless broadband services to our customers and communities,” said Todd Schurz, CEO of Schurz Communications.