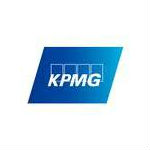 The TV remains the preferred media for TV shows and video for nearly 60% of U.S. consumers, “but they also want their smart phones and tablets by their side so they can be online and multitask, according to the KPMG International 2013 Digital Debate report, “The Rise of the Digital Multi-tasker.”

Urban dwellers in China, Brazil and Singapore are the most voracious consumers of digital media, with rapid uptake of smartphones and tablets, along with supporting network infrastructure, fueling a surge in consumption of digital media in these and countries around the world, KPMG found.

According to the report:

Developing Markets Love Digital Media
“Consumers in China, Brazil and Singapore across all age groups are accessing and using media at an astonishing pace,” KPMG’s global chair, Technology, Media and Telecommunications Gary Matuszak was quoted in a press release. “They are quick to acquire hand-held mobile devices, and are incredibly receptive to all forms of information, news and entertainment from TV, internet, newspapers, magazines and radio.”

Surveying some 9,000 consumers in nine countries, KPMG found that 53% of total respondents said they own a smartphone, Just over one-quarter (26%) said they own a tablet.

As well as being the most voracious consumers of digital media, consumers in China, Brazil and Singapore are also more willing to pay for it. “In emerging, high-growth markets such as China, people are not encumbered with the legacy of PCs and have leap-frogged straight onto portable devices,” KPMG head of Media in the U.K. David Elms commented.

“This creates amazing opportunities for tech and media companies, many of which are struggling to devise models that are profitable and which truly sate consumers’ vast needs for information. They need to delve into understanding content much more intimately as it relates to their customers and then, marry the two.”

Consumers in all markets surveyed spend a similar amount of time accessing online media as traditional media, KPMG also found. Social networks, online sites offering maps and directions, and those offering news were the top three online destinations. Consumers in China and Brazil lead those in all countries when it comes accessing social network and news sites, as well as downloading music, according to KPMG.

Old and New Media Coexist for Now
Looking at popularity of traditional media, KPMG found that TV remains the most popular across all markets, followed by radio and then print media, such as newspapers and magazines.

“The move to digital has had a dramatic impact on how we consume music, publishing and newspapers. But we are still early in the process of a transition to digital anytime anywhere availability across all media sectors,” Paul Wissmann, head of Media & Telecommunications in the U.S., added. “Until online services can provide content – especially film and video – on all devices, including home televisions, and be as seamless and easy to use as their offline counterparts, ‘old’ and digital media will continue to co-exist.”

When it comes to spending money, traditional offline spending exceeds online spending, though online spending continues to rise and the mix varies considerably according to region and type of media. Respondents reported spending more for every form of digital media year-over-year, with 37% of those in North America and 20% of those in Europe saying they had spent more to access online magazines.

Consumers in China, Brazil and Singapore indicated a higher willingess to pay for digital media generally. Those in North America and Europe showed a greater willingness to only pay for certain content, such as online dating services and books, and less on news, music and games, KPMG reported.

“A number of content owners are trying to repeat the traditional revenue models online, aiming to reverse the trend of getting information for free. Consumers are only prepared to pay for content if it is perceived to have value, at the right price, in the right format and accessible on the right device,” KPMG’s Elms elaborated.