Home » Did Sprint Just Go From First to Last for 4G? 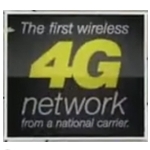 Sprint confirmed widely held rumors about their upcoming migration to 4G LTE today. The third largest U.S. wireless carrier will transition from WiMAX to LTE for their 4G platform beginning in 2012, with completion scheduled by the end of 2013. The move removes the only U.S. national provider of WiMAX (although Sprint will continue to service WiMAX customers for the foreseeable future), handing that technology a significant blow.

Sprint says they’ll use a ‘mish-mash’ of spectrum for the LTE FDD play, including 1900 MHz PCS spectrum, and, pending approval from the FCC, LightSquared’s 1.6 GHz L-Band spectrum. They will also explore using their 800 MHz iDEN spectrum for LTE since they plan to migrate all former Nextel customers off that spectrum to their new CDMA based PTT platform.

“Our progress deploying Network Vision enables Sprint to extend and evolve our 4G leadership and to improve the experience for 3G customers. Our next-generation network and cutting-edge device lineup, combined with the industry’s best pricing plans, give Sprint customers the best experience in wireless.”

Sprint says they expect to launch about 15 LTE devices in 2012, including handsets, tablets and data cards. They will also continue to sell WiMAX devices through 2012, but end that practice in 2013. This suggests WiMAX support will continue for at least two to three years, but all bets are off after that.

In some regards, this development pushes Sprint back from a first place 4G leadership role to third place, ceding the lead to Verizon (I’m sure some will argue Verizon already had that lead). I say that because Sprint got out of the gate first with 4G WiMAX considerably before Verizon followed with 4G LTE. Now AT&T is out with true 4G LTE too, meaning Sprint has now moved themselves into third place – at least as it’s measured by 4G LTE go-to-market timing. And since 4G LTE seems to be how 4G is now measured, Sprint will now be bringing up the rear.

We’ll have to see how successful Sprint is in luring their 4G WiMAX customers over to LTE, before determining who is the true leader in terms of number of 4G LTE subscribers. I suspect they will have to get real generous to move those millions of customers who now hold basically obsolete 4G devices to their new and improved 4G platform.