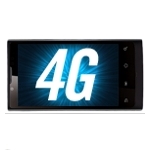 If U.S. carriers were to invest $53 billion in 4G between 2012 and 2016, the U.S. gross domestic product would grow by $151 billion and 771,000 jobs would be created during the same period, Deloitte argues in the new report, titled “The Impact of 4G Technology on Commercial Interactions, Economic Growth and U.S. Competitiveness.” But if U.S. carriers invest only $25 billion during the same period, the GDP would increase by $73 billion and 371,000 jobs would be created, the researchers contend.

In the second scenario, U.S. firms are vulnerable to “incursions by foreign competitors capitalizing on aggressive efforts in their home markets to deploy 4G networks and develop 4G-based devices and services,” Deloitte argues in an announcement of the new report issued today. But if U.S. carriers invest more aggressively in 4G, thereby producing popular 4G-based offerings “before global competitors gain traction,” the demand stimulated by new offerings justifies more network investment, setting off a virtuous cycle of investment and market response that positions the U.S. to retain its mobile broadband leadership,” Deloitte says.

Countries that could be particularly aggressive in deploying new wireless technologies include China, France, Germany, Hong Kong, Japan, Singapore, and South Korea, the researchers note in the report.

The Deloitte researchers are hopeful that the rapid adoption of cloud computing will further U.S. efforts to take full advantage of 4G’s potential impact. “Cloud computing will allow handheld devices to be more compact and efficient while making them tremendously more useful and powerful,” said Asmundson. “Applications, storage and computing power all can largely reside in the cloud, but only if connectivity is robust, reliable and secure. The benefits of 4G and cloud go beyond the telecom sector. Together 4G and cloud technologies support the kind of entrepreneurial ecosystem that has made the United States a mobile broadband leader.”

The researchers caution, however, that additional spectrum must be made available and technologists must find more efficient ways to use spectrum in order for the U.S. to fully recognize the potential benefits of 4G. Although regulators and some industry stakeholders have clashed over the need for new spectrum, Deloitte researchers clearly agree with the regulators on this issue.

Even if the Federal Communications Commission and Commerce Department are successful in making 500 megahertz of spectrum available for wireless broadband in the next 10 years, it could be “difficult to keep U.S. commercial wireless spectrum supply and demand in balance as interest in new 4G offerings grows,” the researchers wrote in the report’s executive summary.