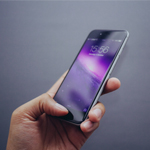 A new report from Deloitte LLP confirms the popularity of smartphones and the health of the wireless industry. Americans as a whole use their mobile phones 12 billion times a day, according to researchers. Additionally, smartphone penetration has reached 82 percent (93 percent for the 18-24 age group).

Smartphone Penetration
The survey also found that smartphone usage and growth rates for both devices and apps have matured after years of robust growth, and most Americans not only own smartphones but are fairly consistent in the way they use them. Conversely, what is growing is consumer interest in a range of exciting “internet of things” related applications and services and the industry has done a strong job of keeping consumer interest high in the potential of internet of things and 5G networks, as well as unlimited data plans and device upgrades, according to a press release announcing the results.

“Even as smartphone use begins to mature, we may be on the precipice of the next generation of mobile, as IoT applications and services capture consumer interest and the global race to 5G takes hold,”said Craig Wigginton, Deloitte vice chairman and telecommunications sector leader, in a prepared statement. “It’s an incredibly exciting time for both the mobile ecosystem and consumers as we anticipate this next wave of innovation that will further change the way we live and work across generations.”