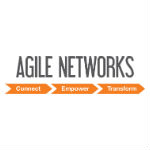 Workers at a 10,000-acre wilderness facility owned by the Columbus Zoo now have mobile Internet data connectivity, thanks to service installed by Agile Networks, a network operator that recently completed a statewide Ohio broadband build-out offering speeds of up to 1 Gbps, primarily in rural areas. Workers at the Columbus Zoo facility may be as far as 40 minutes from the nearest expressway yet can have connectivity while driving around the facility, explained Kyle Quillen, Agile Networks chief technology officer, in an interview.

The Columbus Zoo installation is just one example of how Agile Networks has used fixed and non-fixed wireless technology –in a variety of forms – to tailor service to the needs of its customers, which include other network operators, public safety, oil and gas companies and others.

Agile Networks Infrastructure
Agile Networks’ build-out brought fiber to 115 sites, typically located in rural areas throughout Ohio. Those 115 sites act as aggregation points for traffic destined for any of five co-location facilities, where Agile Networks cross-connects to 30 other network operators. Farther out in its network, Agile uses point-to-point microwave hops to create a ring within a given region, Quillen explained.

“From those sites we transmit to local users or to picocell sites to get the last mile to the customer,” said Quillen. “From the core to the customer we use everything from common carrier microwave to multipoint and point-to-point wireless and microwave.”

The distance that Agile can cover between a base station and an end user varies based on spectrum band used as well as on geographic and other conditions and on the equipment used. But Quillen noted that the company has been able to deliver gigabit service over distances as great as 12 miles.

Carriers that connect to Agile Networks at one of the five cross-connect points use Agile to provide access to areas that traditional terrestrial network operators struggle to reach, Quillen said.

Quillen declined to provide pricing for Agile Networks’ service, but he did note that end users generally will find it more economical to use more traditional landline broadband options where those options are available.