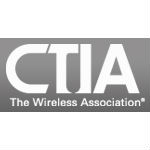 A new market research report carried out by Recon Analytics for CTIA determined that the wireless industry contributes $194.8 billion a year to the domestic U.S. economy and estimated the wireless industry GDP impact at $282.1 billion. The U.S. economy expanded 2.4% to reach $18.7 trillion in 2015 U.S., according to the Bureau of Economic Analysis.

Highlighting the value of spectrum, the U.S. economy rises $3.1 billion for every 10 MHz of new frequency spectrum and supports 100,000 new jobs, researchers said. In addition, mobile apps and content that depend on mobile broadband networks add more than $1.6 billion in annual economic benefits, researchers noted.

“Today’s report underscores the economic importance of the wireless industry to the United States,” Meredith Attwell Baker, CTIA president and CEO, was quoted in a press release.

“With other countries racing to catch up to our global mobile leadership so they may generate similar employment and investment results, America’s wireless companies will continue to invest and innovate to create jobs, boost our economy and deliver new 5G and IoT services to Americans. To do so, we need policymakers to provide regulatory certainty to support billions invested in our nation’s infrastructure and to develop a long-term strategy to secure more licensed and unlicensed spectrum.”

The Senate Commerce Committee last month passed proposed bipartisan legislation that would free up wireless spectrum for next-gen 5G wireless networking. The MOBILE NOW Act, as it is known, would direct the FCC to explore 5G wireless spectrum options including making high-frequency spectrum (above 24,250 MHz) available for fixed or mobile wireless broadband, as well as make frequencies between 3,100 and 3,550 MHz available on a shared basis with federal users.